According to the DSM-V, autism spectrum disorders are four times more common among males than females. This could be due to either Sex-differential genetic or hormonal factors, or simply that many females suffering from autism go under the radar, perhaps due the fact that their behaviour can differ greatly from stereotypical autistic traits.

The diagnostic criteria for autism includes persistent deficits in social communication, lack of social-emotional reciprocity, and restricted, repetitive patterns of behaviour or interest. However, these characteristics are not necessarily presented in the same way when girls suffer from the condition, leading to the unbalanced levels of diagnosis.

It can be argued that the typical male personality is more inclined to display classically autistic traits than the female personality, such as being less in touch with emotions and extremely technically minded. Although this is largely a stereotype so is not true for all cases, this can result in girls performing better in diagnostic tests, such as observations of behaviour, as their social skills tend to develop at a younger age. The idea that it is not in fact due to biology that less females are thought to have ASD’s is backed up by the fact that although there is higher prevalence in boys suffering from autism at the higher-functioning end of the spectrum, evidence has shown that at the low functioning end of autism, in which patients are likely to be mute or have very little speech, and have little autonomy and dependence on a carer, the ratio of boys and girls diagnosed is 1:1. This suggests that males have no biological predisposition to autism, as when cases are severe and unmissable, the levels of diagnosis between the genders are identical, and it is only amongst the higher- functioning cases that there is the large gap in level of diagnosis. This suggests that either females are more likely to suffer from ASD’s in a more extreme manner, or those that are higher-functioning display the classic autistic characteristics differently to males, meaning when observed they fail to be diagnosed due to the medical professional overlooking symptoms that are perhaps more subtle than they are used to. 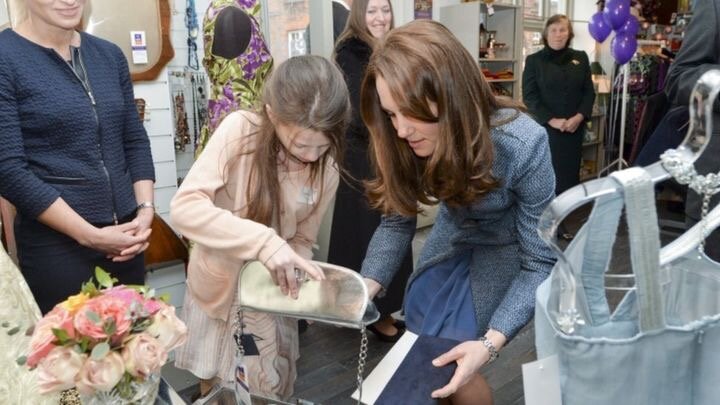 Research into females with autism shows that they are far more likely to appear sociable, creating friendships within their school community and responding to others emotions. This does not necessarily mean that they are lacking the autistic characteristic that is essential for diagnosis according to the DSM-V: challenges with communication and social interaction, but instead shows a completely different manifestation of this classic trait. Many girls with autism are seen to attempt to camouflage their innate ASD behaviours by mimicking social interactions that they have seen on the television or witnessed between two other friends, and proceed to formulate, in an extremely systematic manner, a social script in order to appear to fit in with the effortless social interactions of their neurotypical peers.

This difference in the manifestation of autistic traits could widely be to do with the dissimilar way that girls are treated both by society, and by their parents during early childhood. All children, whether they have autism or not, are subject to gender related expectations and role models, that will impact their future personality. A study by Postava and Young in 2012 found that the different manner in which females are treated, such as mothers tending to act more vocally and sensitively towards them than to males, could likely have an impact on the way that children with ASD’s show their autistic traits, explaining a potential reason for which girls often go undiagnosed, due to the fact that they do not fit easily into the diagnostic criteria given in the DSM-V, as they appear more able in social situations.

A well known aspect of autism, specifically Asperger’s syndrome, is that such children have unusually acute interests for their age, for example obsessions with topics such as maths and physics that are extremely systematic and objective, with unlimited facts that can be processed and learned, yet are not necessarily considered ‘fun’ by others of the same age. However, many females with ASD can be seen to have very similar interests to their neurotypical peers such as learning about celebrities or scrap booking, or even Disney! Although on the surface these interests seem more socially focused and typical of a child, these are usually still studied in the same ordered and intense manner as that of those consumed by physics. This can lead to parents and teachers missing warning signs of autism, as having an obsessive interest in something abnormal can lead to surrounding adults noticing that something is wrong, yet obsessive interest in something that appears common is likely to slip under the radar, resulting in yet another characteristic of autism in girls that often goes undiagnosed. 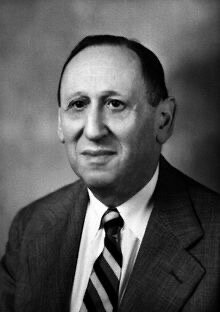 Since the beginning of research into autism, carried out by Leo Kanner at John Hopkin’s University School of Medicine in Baltimore, you could argue that there was already a gender bias. The paper he published in 1943
contained detail of 11 children, 8 out of which were male, who appeared unable to cope in social situations, became obsessed and fixated with objects, and unable to cope with unexpected change. Hans Asperger then released his paper the following year, in which he, completely separately from Kanner, appeared to discover a disorder with the same symptoms. Asperger looked at 4 cases of what is now known as ASD, which varied greatly on severity, with one child being completely mute, to another that was extremely articulate, yet still suffered from the same autistic traits. Asperger, who lived in Austria, took a very modern approach to this disorder, and set up a school for his group of patients with the condition that he named ‘autistic psychopathy’. However, all 4 of the cases he studied were boys, showing that right from the beginning, support for those suffering from ASD was directed towards males, initiating the gender bias that is potentially still engrained today. 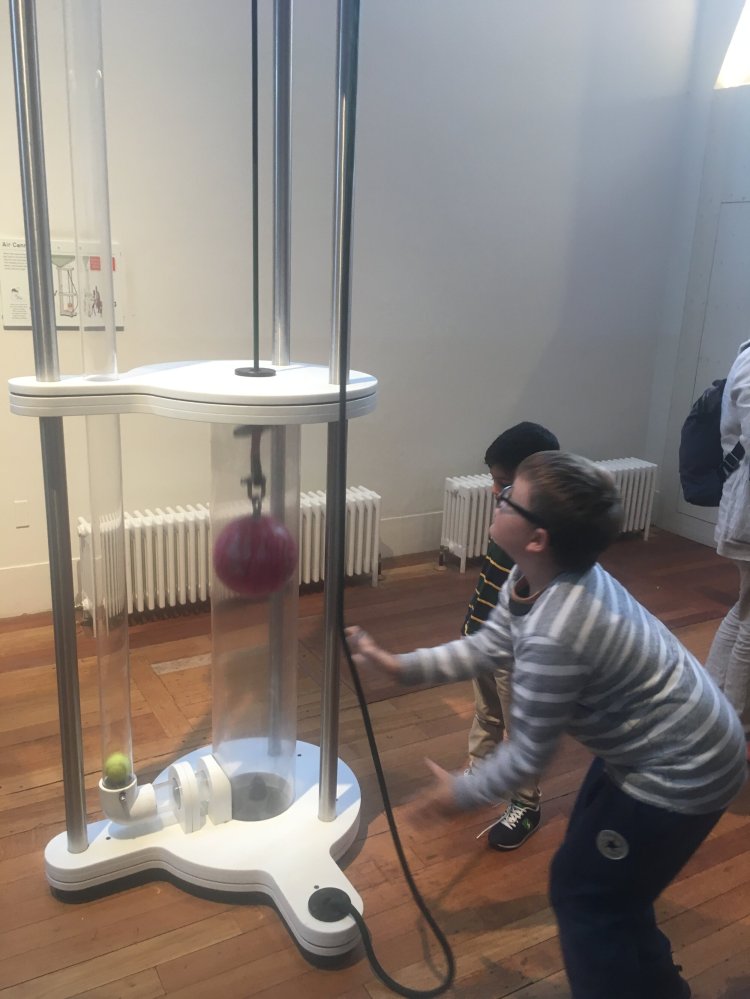 However, it could be argued that autism should be seen as not a disorder, but a condition, as stated by Temple Grandin, an American professor of animal science diagnosed with autism, who saw herself as “different, not less”. As it is, many people believe that suffering from autism is what has made them successful in their particular field, and they have potentially benefited from the unique traits that they possess. An example of this is Henry Cavendish, who was a natural philosopher in the 19th century, famous for discovering hydrogen. When researching Cavendish, neurologist Oliver Sacks discovered that he had many inexplicable and unusual aspects to his personality, such as constantly being literal and direct in both what he said and understood, and having an obsession over the field of science and making precise calculations. He also appeared unable to comprehend others emotions or behaviours in social settings, preferring a life of solitude. Sacks associated this to his understanding of the modern diagnostic criteria for ASD, and gave Cavendish a retrospective diagnosis of Autism. Arguably, many of these autistic traits shown by Cavendish were what made him so extremely successful in his field of work, as he was able to dedicate his life to his passion, and in doing so completely shape modern science. Therefore, if many high-functioning girls with ASD go undiagnosed due to the fact that they appear to deal well in social situations and be able to manage their obsessions to fit in with their neurotypical peers, is this necessarily a bad thing? Instead of labelling them with an abnormality or disorder, which could effect them in negative ways such as lowering their self confidence, should we be celebrating the fact that their condition allows them to think completely differently to other people, and therefore not be incapable but entirely unique in their contribution to society?

The idea of autism being considered as a difference rather than a disorder has become increasingly popular in recent years, yet we cannot simply ignore the importance of diagnosis for the individual. Simply because there are a few well known exceptional cases such as Cavendish, this does not mean that autism is always beneficial. Girls failing to be diagnosed will lead to them not getting the correct support, both within their education and surrounding skills such as speech. It can also lead to them being isolated from social groups, as they are not surrounded by individuals that think in the same way as they do. This can result in girls with ASD not reaching their full potential, as they are not pushed or supported in the entirely unique and individual manner that they require. It can also lead to problems with their mental health such as anxiety or depression, highlighting the importance of something being done to decrease the number of autistic girls that remain undiagnosed.

The publishing of the DSM-V can be seen as extreme progress in the world of autism, as contrary to the previous DSM-IV, it acknowledges the possibility of a female autism phenotype, by stating that the majority of girls diagnosed with autism have an accompanying intellectual disability, suggesting that girls without this may go undiagnosed due to more subtle manifestations of symptoms such as social skills. This is a huge step forward in female autism. However, although this gender bias is acknowledged, there is no detail of how this different phenotype is expressed, and therefore how to fix the issue for those girls that are slipping through the radar. Therefore, there is clearly still a gender bias within the diagnosis of Autism Spectrum Disorders, and for a real improvement to be made, we need to develop an entirely new diagnostic criteria, that appreciates the different ways in which autism can be shown amongst boys and girls, and therefore gives them an equal opportunity of being fairly diagnosed and receiving the support that they need in order to tackle the gender bias.